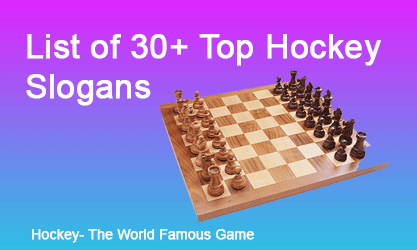 Chess is a kind of indoor game that is played by mainly two players on a chequered board. The pieces of the board are white and black color. They get set on the board according to their positions. Different pieces have different ways in which they can move forward.

The sole motive of the game is to protect your king while putting your opponent in a position where the king can’t be saved. Captivating the king is known as checkmate and marks the victory of the person who captivates it.
Below mentioned are some of the chess slogans which will help you to know more about the game.