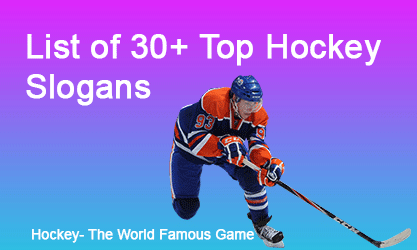 Hockey is a game that is being played between two teams which consists of eleven players. Often played with hooked sticks, the players are involved in the drive to hit the ball towards the opponent’s goal.
There are different transformations of hockey. It is a game which is famous and well renowned worldwide. Ice hockey, band, field hockey, and rink hockey are some of the types of hockey that gets played all around the world.
With the increasing popularity of this game, here are some of the hockey slogans which are captivating and beautiful. Go ahead to read on the best slogans about hockey.