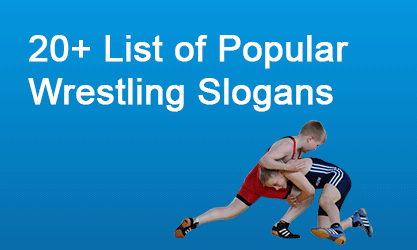 Wrestling is basically a sports activity that involves gripping with an opponent and a try to throw them or even hold them on the ground. All of this is done according to the rules. Included in the Olympics, wrestling is indeed a noteworthy game all around the world.
There are two people involved in wrestling and the winner is decided as per the rules. It is one of the best games in history. Here we would be discussing some wrestling slogans which can help you to know better about the game and help you to stay motivated if you are a wrestler.

Here are some Popular Wrestling Slogans for you: