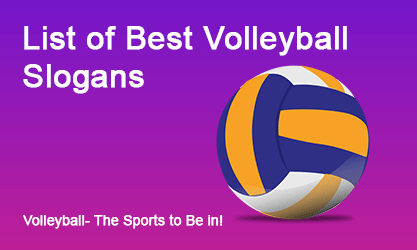 Volleyball is an outdoor fun game that is played between two teams on the opposite part on the net. Every team attempts to take points by grounding the ball on the opponent’s team surface.
It is played under some rules and both women and men are known to play this amazing sport. Not only famous amongst the adults, but it is also often taken up as a fun activity by the youngsters.
Officially in the Summer Olympic Games in Tokyo 1964, it was started being considered as the part of Olympic. Going further here are some of the volleyball slogans which can define this game the best.