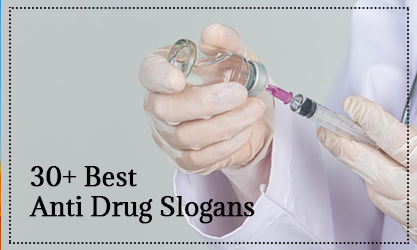 Anti Drug is restricting and stopping the use of any type of abusive drugs. It is a campaign which is run by the educated part of society. There have been several organizations that have worked towards making the society healthier for everyone.
The anti-drug campaign is run to make a change in the life of people who somehow got addicted to this unhealthy habit. Some of the NGOs don’t even charge money to get the person out of this unhealthy habit.
Here are some of the famous anti-drug slogans that will help you ina proper understanding of its real meaning.

Here is a list of 30+ Best Anti Drug Slogans